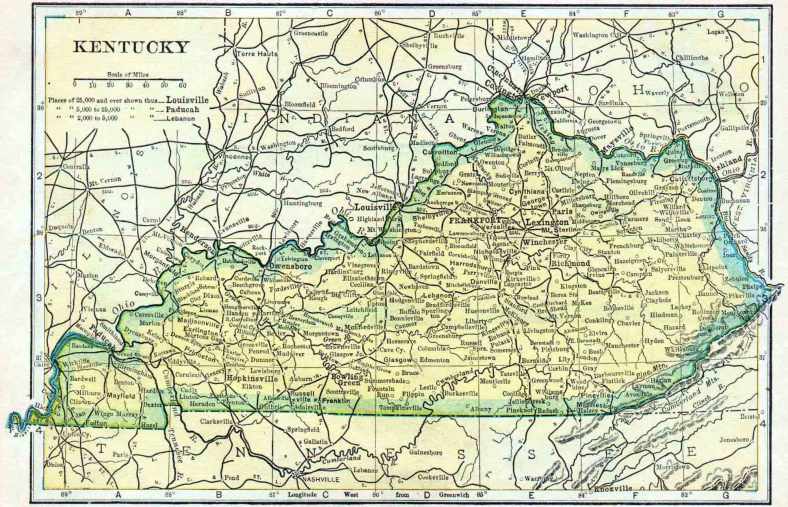 When I was 17, I made my first trip to Kentucky as part of a church youth group service trip. We stayed in the Martin County seat of Inez. Towns named Lovely and Beauty are also in the county, which is in the heart of Appalachia across the Tug Fork River from West Virginia. I remember winding roads, hollers, and burning debris we removed from an old woman’s house that was accessed by a rickety foot bridge over a gurgling creek.

It didn’t take long for Martin County to make a strong impression on me. Holy shit, this is what poverty looks like, I remember thinking, passing dilapidated trailers and vacant store fronts in seemingly abandoned towns. My experience growing up in the prosperous state of New Hampshire with parents holding advanced degrees from Ivy League schools might as well have made me from another planet.

And I had this strong reaction despite not meeting too many locals. Or having the opportunity to dig deeper into the essence of the place. I was a teenager along for the ride, hoping that our volunteer work would be valued. But physically being there for five or so days, seeing just a fraction of the county, made an impact. I didn’t know the place, but I sensed enough that it began changing the way I thought about the American Experience.

At the time, I had no idea that I’d make Kentucky my home for thirteen-plus years.

Kentucky is the 15th smallest state, and while living here, I made a decent effort to cover some ground exploring my new home of Louisville and beyond. Locally, there was the “Quest for Q,” an early attempt to discover the most mouth-watering BBQ in the city:

Standing in the parking lot of a Pic-Pac supermarket on the corner of Market Street and 25th, we glanced around but didn’t see The King.  We were the only white folks around in the highly segregated west end of Louisville, but when you’re on a Quest for Q you have to leave your comfort zone.  Angus, Austin and I continued to scan the parking lot and surrounding neighborhood but still no luck.  “Should we go inside and ask someone in Pic-Pac?” Austin said.  No response was necessary—all of a sudden, a burgundy-colored pickup truck rolled slowly down 26th street and we started jogging over to let The King know our intentions.

There were also Sunday morning bike rides, roads quiet, deliberately getting lost in parts of town I hadn’t been to. Invitations to posh horse farms on bluffs overlooking the Ohio River for receptions and fundraisers. University of Louisville sporting events, hikes in Jefferson Memorial Forest, the Kentucky Derby (twice). Volunteering at citizenship classes for refugees. Neighborhood porch sitting and bourbon sipping.  High school football games–Friday night lights all over town. I definitely think I got to know Louisville well, but Louisville different from Kentucky-at-large in the same way that, say, Austin is different from Texas.

Out in the state, I have fond memories of exploring the Owensboro region with two friends hailing from the area. Bow-hunting for white-tailed deer, perched up in trees, seeing my breath in front of me as night fell in the forest. Visiting Mammoth Caves, staying at B&Bs. Camping at Red River Gorge and attending music festivals where bluegrass music and marijuana-smoke commingled during jam sessions. And more, of course.

So all in all, I’d say my life was rich in various experiences in Kentucky, but I only spent two more nights back in isolated Appalachia, where deep-rooted poverty, local tradition, declining coal mining, and natural beauty collide to form a much-judged but rarely-visited place. I never made it much farther west than Owensboro, and the Bluegrass State stretches several hours further towards the Mississippi River.

So how long does it take to truly know a place? What does that even mean? Is there more value in becoming intimate with a small slice of a locale, neighborhood, or city, or learning and experiencing as much as you can about a more diverse set of places?

I’m not regretful in any way about what I didn’t get to experience in Kentucky–being on the road is a powerful reminder about how vast our world is. Georgia is roughly the size of South Carolina, which is smaller than Kentucky. Over almost two months here, Rebecca and I have captured strong impressions and snippets of what we think life is like in the country.  But is possible to truly know a place if you aren’t from it?

Writer Tara Isabella Burton wonders if she is caught in a charade while living in Tbilisi, the place we have made our short term home. “If there is a game…I haven’t learned its rules. I confuse effusiveness for sincerity; I can’t work out the bus timetables. I do not know when to let strange women buy me tea in the marketplace and when to refuse. To be Georgian seems to me to be engaged in a collective national performance — one in which I cannot participate,” she writes.

At times, I’ve felt like I’ve figured things out in Georgia; at other times, I have no idea what the hell is going on. I know, for instance, what the expected rates for taxi rides are–there are no meters, so you’ve got to haggle before jumping in the back seat of a cab, which is often an old Mercedes Benz with a cigarette-smoke saturated interior. I also know that, in general, traditions relating to food are essential here.  But I don’t know much about the ubiquitous Eastern Orthodox religion, the language–despite being here almost two months–or the politics. And those seem to be pretty darn important elements for me to truly understand Georgia, that’s for sure.

As we move on to Dubai next week, we’ll be bombarded with all that entails being in a completely new place. While it’s a lot to expect to gain a deep understanding of the expat and superlative-laden Emirate in a short time, I won’t be surprised if something happens like it did back in 1998 in Martin County, when finding yourself in a foreign place triggers a new revelation about yourself, a place, or the world-at-large.

9 thoughts on “What does it mean to truly know a place?”