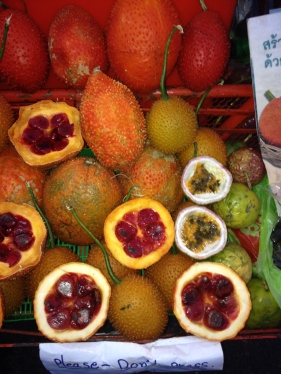 For this latest dispatch, I’ve decided to revisit some travel posts from years past, in addition to sharing a few essays I’ve read while on our current journey. So far, many of the themes and questions found in the posts below–the ridiculousness of American exceptionalism, valuing experience vs. material comfort, mindfulness, and human decency–continue to churn around in my head as we confront new experiences daily.

Thailand: Idealism and Reestablishing the Travel Bug: For our honeymoon, Rebecca and I journeyed to Thailand over Christmas in 2013. As I look back at this post, the themes continue to resonate: while traveling, it’s natural to imagine new possibilities, but with this idealism comes reflection about what it would really look like to move thousands of miles from home.

“Certain travel experiences undoubtedly unearth a sense of idealism and adventure, providing visitors to new places the sense the grass is greener. I couldn’t help but feel this at certain times in Thailand.

But after we began considering the possibility of living in such a different place, we realized we’d probably never learn much more than how to say hello, thank you, and where is the bathroom? in such a challenging language.  And it’s so far from our home in Kentucky and families in New Hampshire. We even got tired of eating delicious coconut, lemongrass, chili, and lime infused flavors by the end of the trip. (But if I had to only eat one type of food the rest of my life, Thai would be high on the list.)”

Why You Should Rent a Car in Europe: Or just about anywhere else where the driving isn’t too chaotic (Georgia tested my limits a few months ago!)

“Driving led us to places I never imagined we’d go. We talked and laughed with an elderly man in the stunning wine country of Jeruzalem, Slovenia. He had barely spoken English during the past forty years, but filled us in on regional history and insights into the work of a vintner over countless glasses of local wine. We explored the Istrian Penisula of Croatia, where ancient Roman towns dot hillsides surrounded by olive groves and grapes and the cuisine is superb. We awoke to the clanging of cowbells and the rich scent of Eucalyptus groves in Sao Luis, Portugal.”

Europe, 10 Years Later, in the Moment: One decade after my study abroad experience, I found myself back in Europe, finishing a degree in Oxford during the summer of 2013.

“I’ve attempted to allow myself to be in the moment this summer: to hear the Wood Pigeons cooing in the 14th century courtyards of Lincoln College; to see the egalitarian cyclists of all shapes, colors, and sizes jockey for position on narrow Oxford streets busy with double decker busses; to taste braised pork cheeks cooked in brown beer sauce in a local restaurant in Ghent; to feel the vibrations of the oncoming trains at Paddington Station in London; to read and reread 16th century English Literature without the rhythms and demands of multitasking that can become commonplace during the teaching year.”

And here are a few travel essays worth checking out:

Dave Eggers, on traveling via taxi across Saudi Arabia

“When I first traveled, I was naive, sloppy, wide-eyed, and nothing happened to me. That’s probably where the dumb luck came in. Then I began to read the guidebooks, the State Department warnings, the endless elucidation of national norms, cultural cues and insults and regional dangers, and I became wary, careful, savvy. I kept my money taped inside my shoe, or strapped to my stomach. I took any kind of precaution, believing that the people of this area did this, and the people of that province did that. But then, finally, I realized no one of any region did anything I have ever expected them to do, much less anything the guidebooks said they would. Instead, they behaved as everyone behaves, which is to say they behave as individuals of damnably infinite possibility. Anyone could do anything, in theory, but most of the time everyone everywhere acts with plain bedrock decency, helping where help is needed, guiding where guidance is necessary. It’s almost weird.”

Michael Chabon on Traveling in Van with Family in Morocco

“Nothing moves me more profoundly, I hasten to add, than discovering the extent of my own ignorance. That is why I travel—by nature I’m a homebody—but sometimes it can be hard. Some days you get tired of decoding, of interpreting, of working to understand, of constantly orienting yourself, or, to put it another way, of being constantly lost.”

One thought on “Resonance and Revisiting Past Travels”